Multispectral Imaging - Seeing Beyond the Surface

The more effective solution was based on using multiple spectrums of light and advanced polarization techniques to extract unique fingerprint characteristics from both the surface and subsurface of the skin. The nature of human skin physiology is such that this subsurface information is both relevant to fingerprint capture and unaffected by surface wear and other environmental factors.

The technology allows to discriminate a real finger from an imposter or “spoof” fingerprint, making the sensor to be a leader in liveness detection. Multiple images of surface and subsurface fingerprint data is quickly acquired and reconstructed to produce a single high-quality fingerprint image. 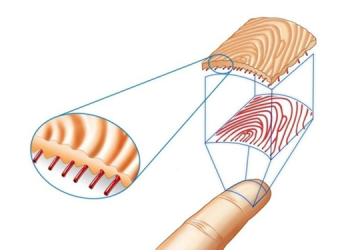 Works under most harsh conditions

Multispectral imaging looks at and beyond the skin surface to the subsurface foundation of the fingerprint ridges. Different wavelengths of visible light interact with the skin in different ways, enabling significantly enhanced data capture. The fingerprint pattern on the surface echoes the subsurface structures from which they arose during development.

Multiple images of surface and subsurface fingerprint data is quickly acquired and reconstructed to produce a single high-quality fingerprint image.

•Multiple illumination wavelengths, angles, and polarizations
•Acquire images of objects whether or not they are in contact with the sensor
•Raw images are combined to reconstruct the fingerprint or other object

Plan a project with us? Get a Quote